Owned by Robert Ward of Florida 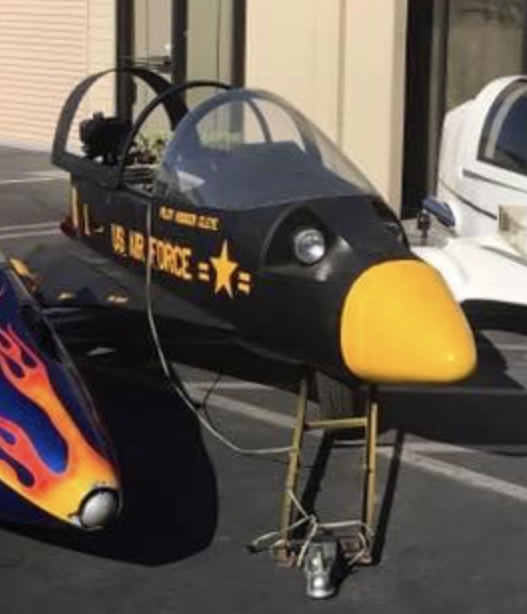 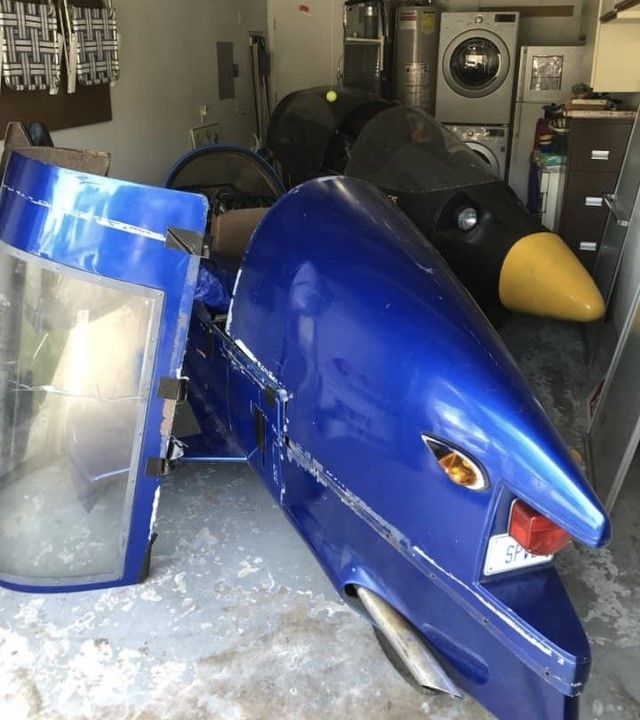 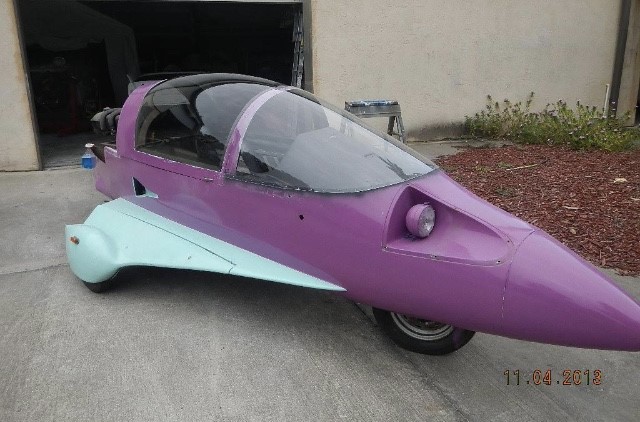 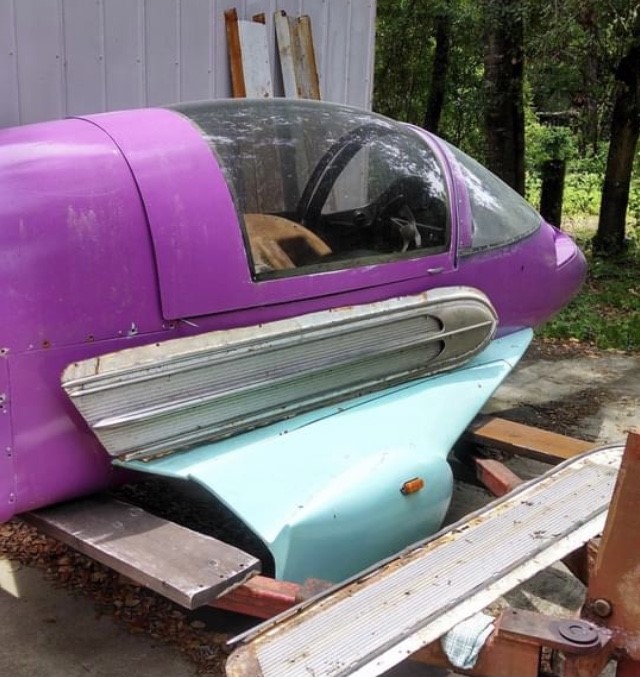 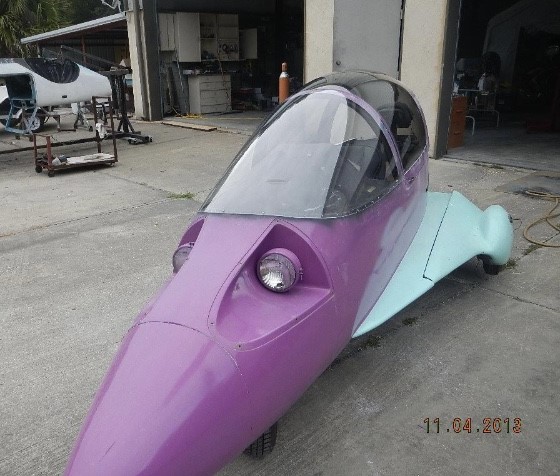 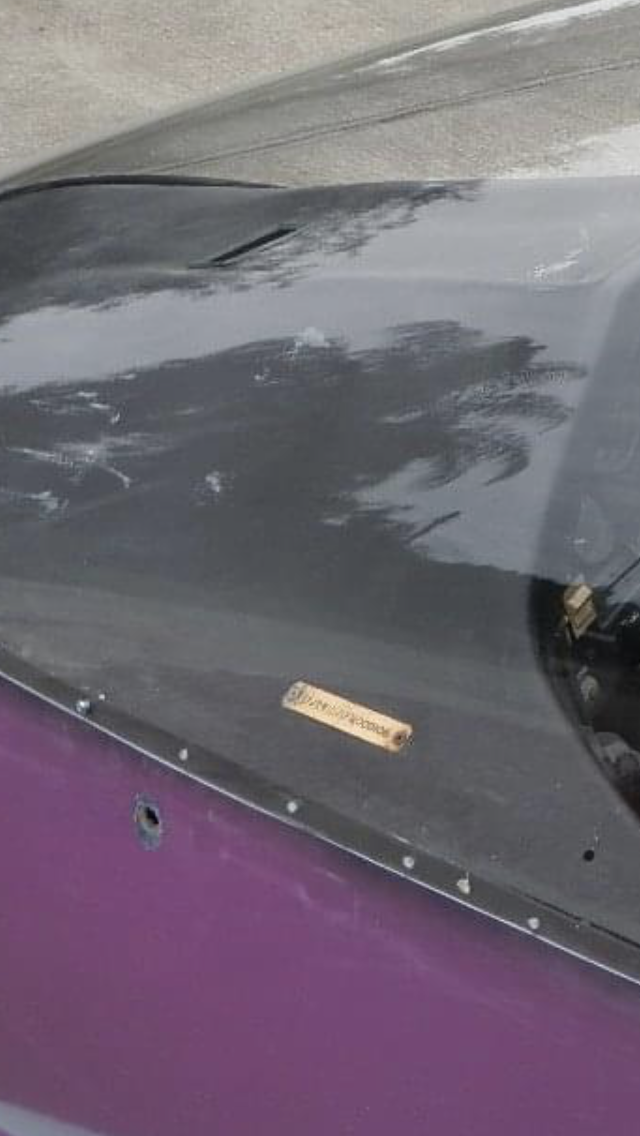 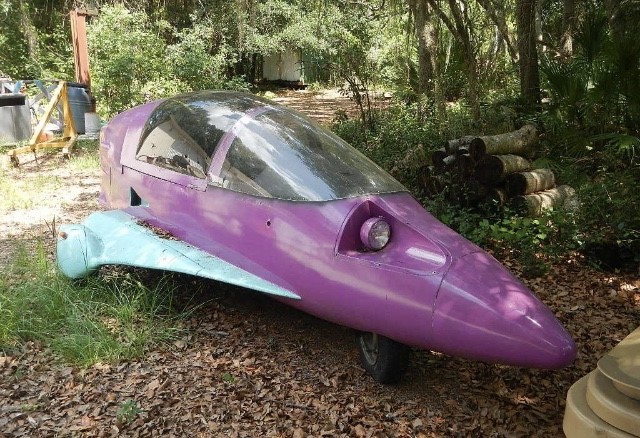 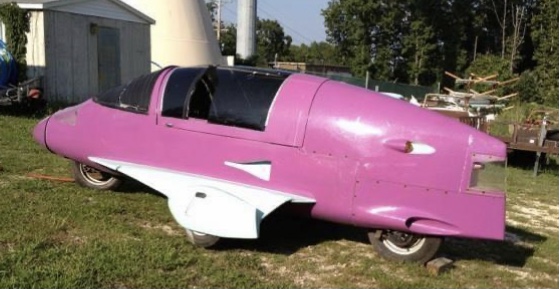 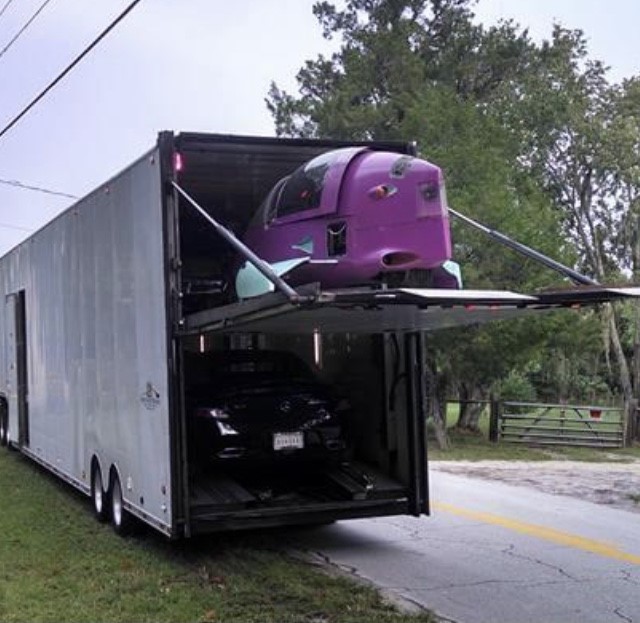 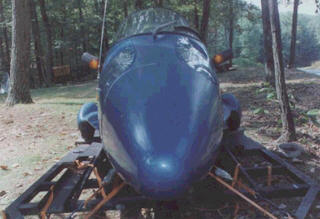 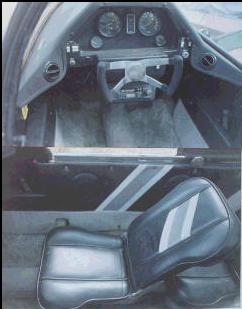 The 1985 Owosso Pulse #106 has a Yamaha 450 and 13 inch tires front and back on Dodge wheels. The outriggers have the larger 8 inch trailer wheels. 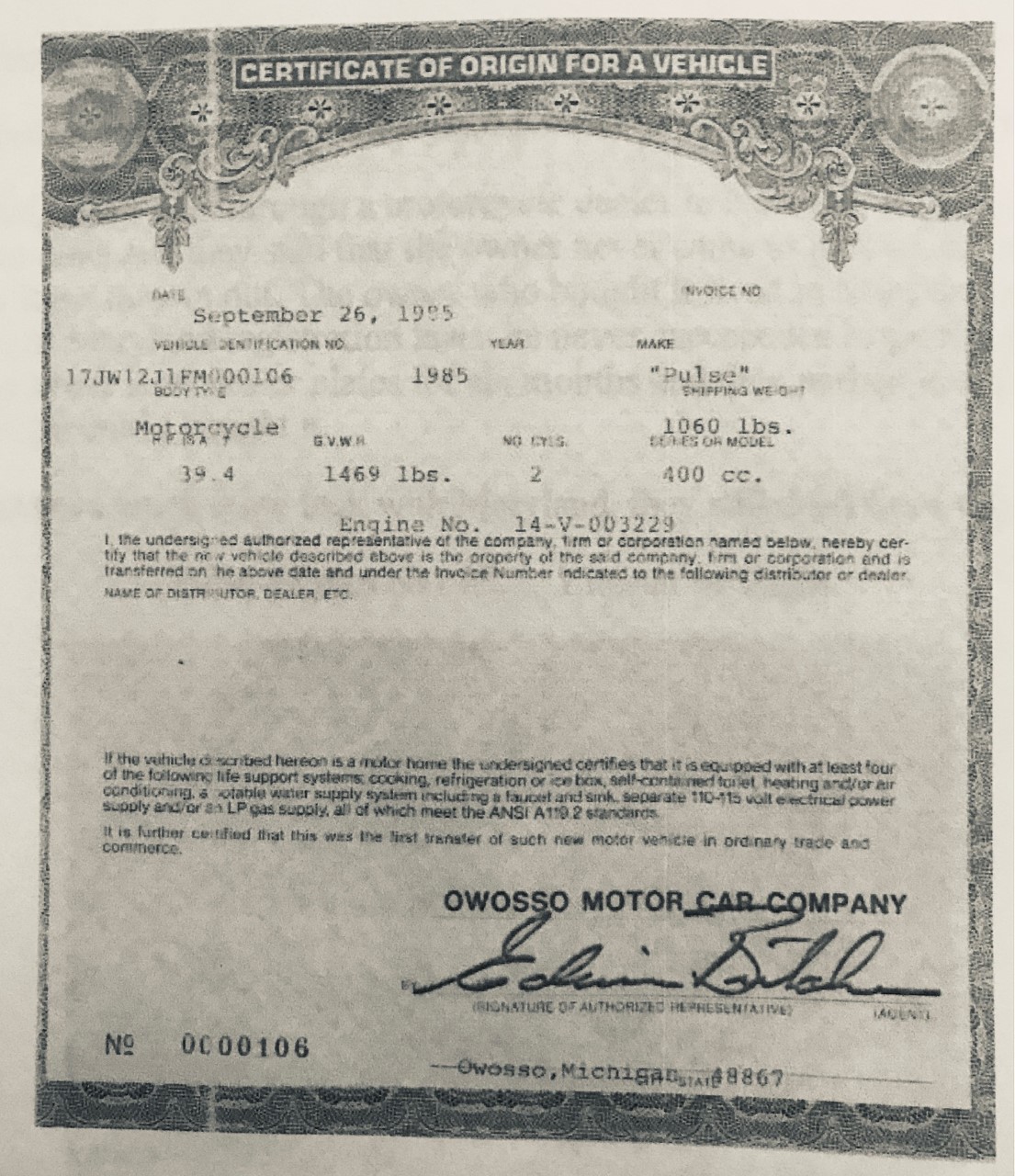 The instruments and switches are are mounted to the dash which is some plastic material.

The brake calipers are some production unit, believed to be Renault. There is no parking arrangement other than to put it in gear.

The windshield is glass with a wiper, canopy is plexiglass. The canopy slides are the linear ball bearing style (drawer slides) with large clamp knobs, and a key lock. The rails are chromed.

There is an AM=FM cassette radio. The vehicle is painted a metallic blue which may be a Subaru color.

The butter fly steering wheel on this one is one full turn lock to lock, 1/2 turn to either side.

It was originally sold through a motorcycle dealer in Northern Virginia, to a Maryland resident who because of Maryland registration laws, never succceeded in getting tags for it. So he drove it on dealer plates for six months and then parked it in the yard where it sat until purchased by Luke Chaplin. 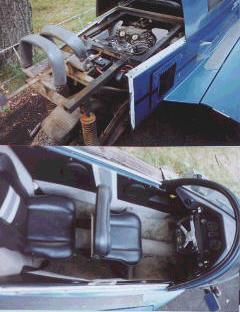 Luke recalls.........the dealer who sold mine was Coleman Power Sports in Falls Church, VA (where I grew up). This was an accidental discovery. My sister and her husband were buying a Jet Ski there, and I got talking to one of the salesmen and showed him a picture of my Pulse. He immediately said, Oh yeah, we sold that thing here. You got it from a guy in Rockville, MD, right? Well now, what is the chance that there were two metallic blue ones, sold to people in Rockville? He then really stirred my interest by saying that the reverse unit came in later and he never picked it up, might even still be in the stockroom. No such luck, it got pitched.