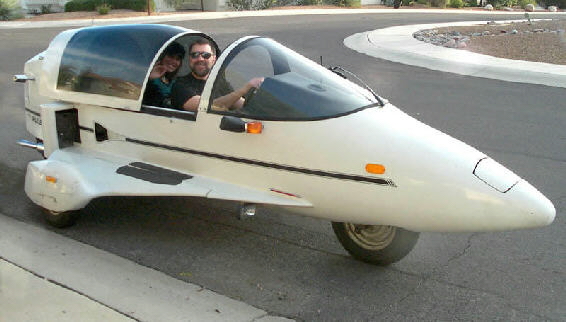 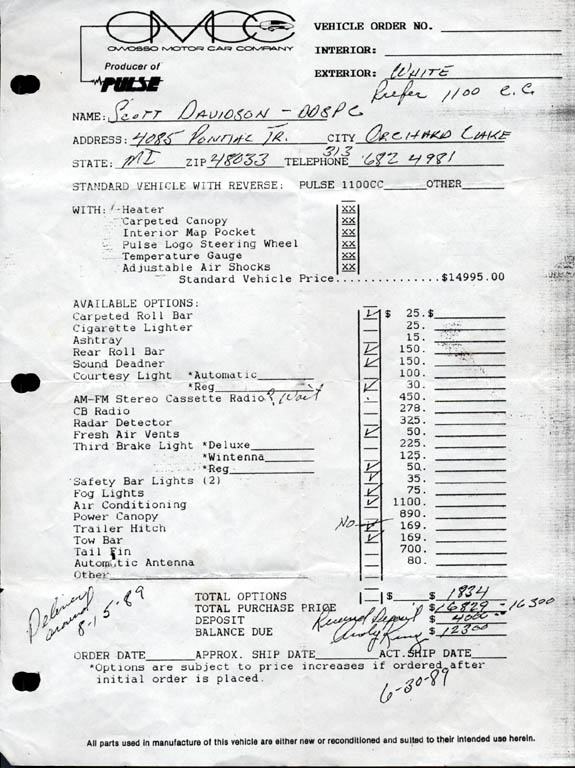 Scott found that he didn't really enjoy spending an hour of his time to fill up the gas tank (5 minutes to fuel and 55 minutes to answer questions about the vehicle.) So Scott parked the Pulse and pretty much left it in a garage for the next dozen years. 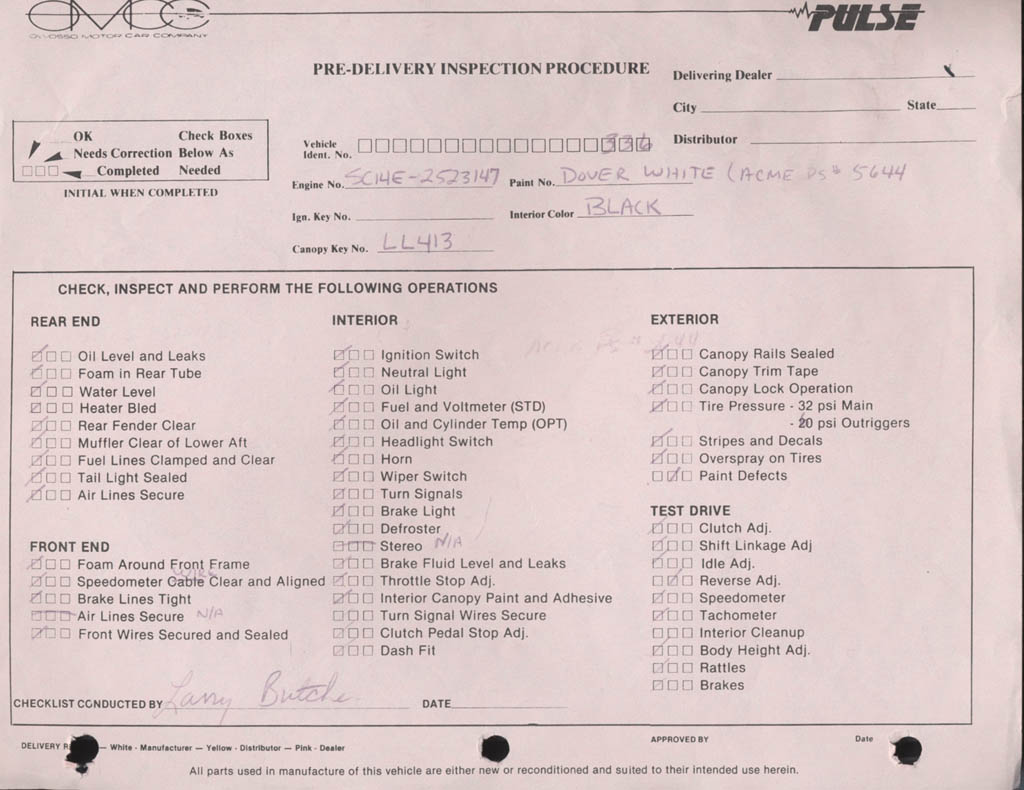 Scott retired to Sun City in Tucson, Arizona in 2000. He had the Pulse trailed down to Tucson and there in the Tucson sun, he occasionally drove the Pulse to his tennis matches or to his volunteer park ranger job. During his ownership, Scott put a total of only 2,700 miles on the Pulse. 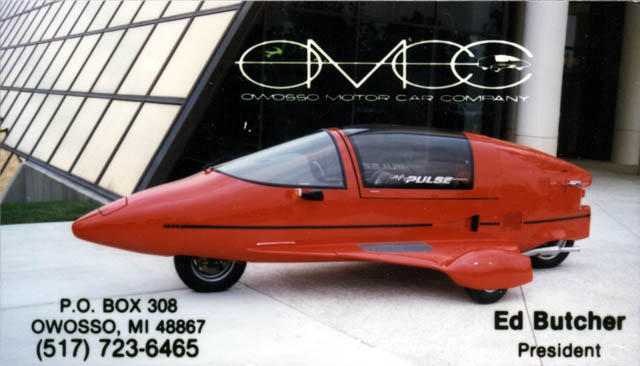 Since he found it increasingly difficult to get into the Pulse, Scott decided to sell it. One of his tennis friends, Howard Illig, noticed the Pulse and thought it would be a wonderful thing for me (his son in-law) to have. I help make computer games at Microsoft and one I currently work on is Flight Simulator. Howard thought the aircraft-like shape of the thing was a perfect fit for me at work. Little did Howard know at that time of the Pulse's designer.

In February of 2003, Howard purchased the Pulse from Scott and gave it to me. Howard kept it in Tucson for a month until I managed to find a shipping company who could trailer it up here to Seattle. The Pulse arrived in Seattle in early April, and I eagerly went to get it unloaded from the semi. I managed to back the Pulse down the ramp from the trailer, but unfortunately I couldn't get the clutch to engage and actually drive the Pulse home. I parked the Pulse outside of a motorcycle repair shop that night hoping they would be able to help out. 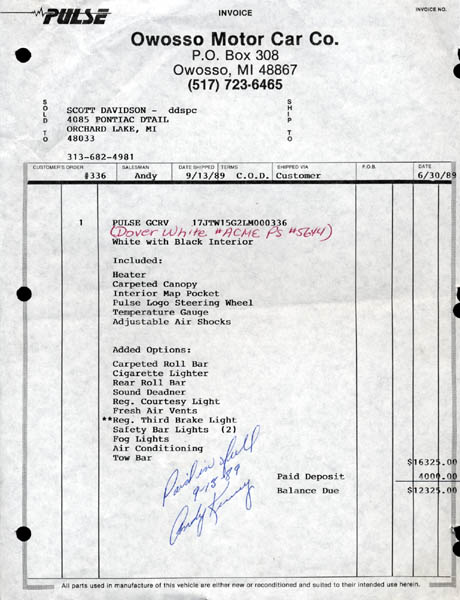 The next morning I found that that repair shop only handled Harleys, so I started calling. I called several Honda cycle shops in Seattle and finally got a pointer to wonderful fellow named George Dean, owner of the Seattle Cycle Service shop. Seems that George is something of a specialist in Honda Goldwings, and he also specialized in Goldwings that have been made into something else. Those Goldwings are usually made into small racecars, and they are nothing like the Pulse I left with him. George was very excited to work on the Pulse, and he put in over 20 hours on a complete overhaul of the Pulse.

I picked the Pulse up yesterday and drove it home in the Seattle rain. Today I took the Pulse into work, and during the day a note appeared tucked in between the canopy and the windscreen of the Pulse. It was from Dave McCoy, owner of Litestar #009. I had found Dave's name in the VIN registry and thought someday I might be able to contact him, so I was very surprised to find the note from him in my Pulse. Turns out that Dave also works for Microsoft...on games...in a building 400 feet from me. Wow. Small world.

So now I've entered the brave world of Pulse ownership - it is very, very fun indeed!