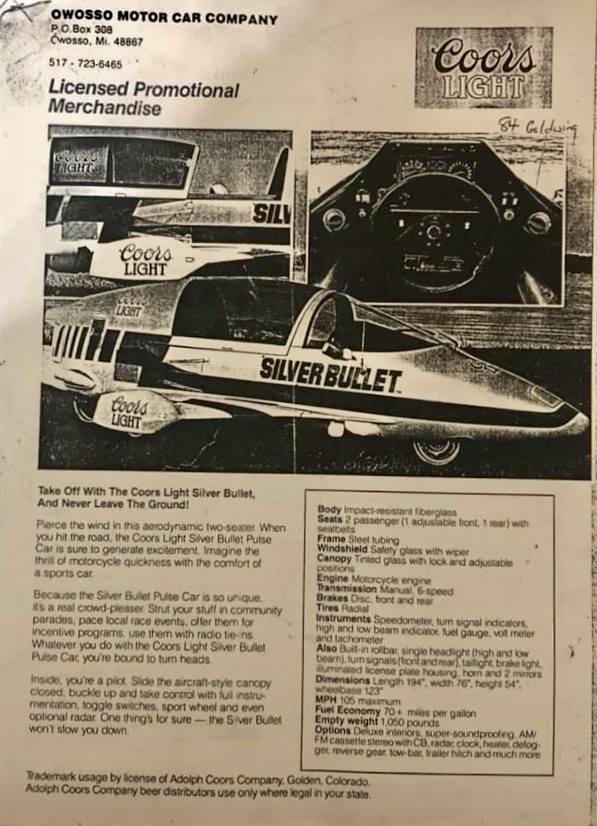 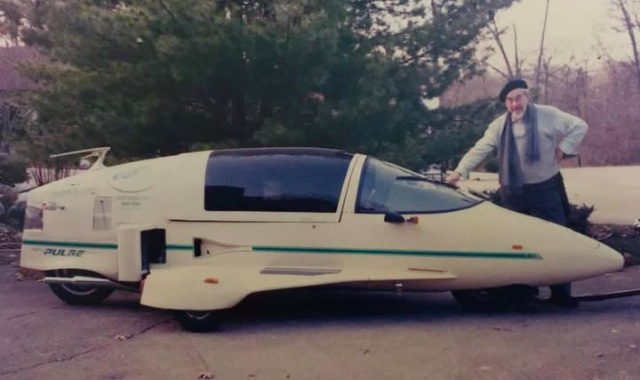 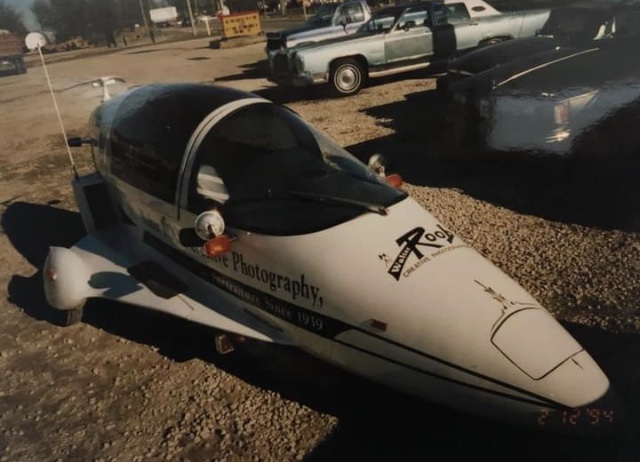 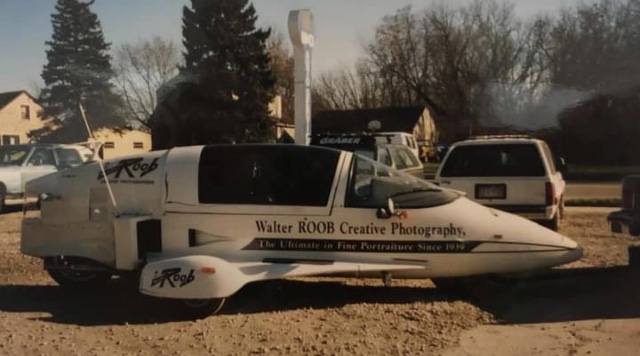 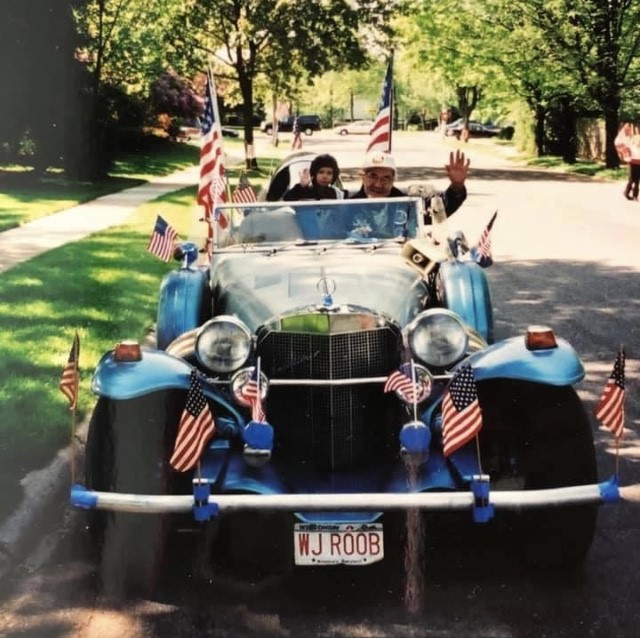 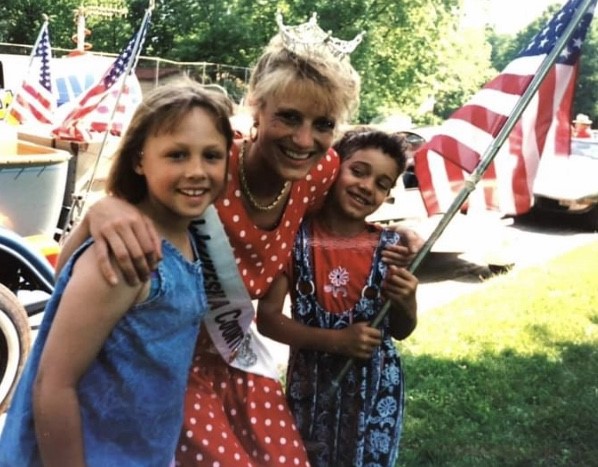 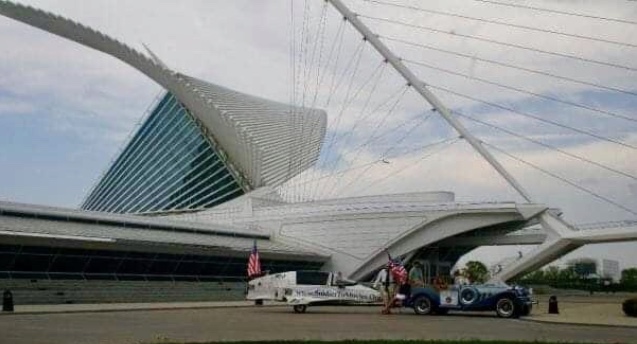 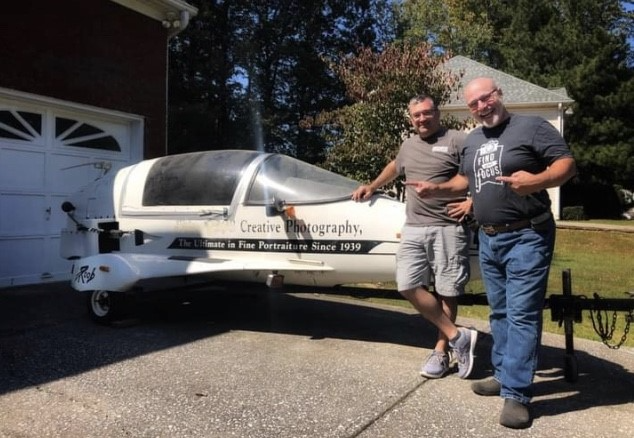 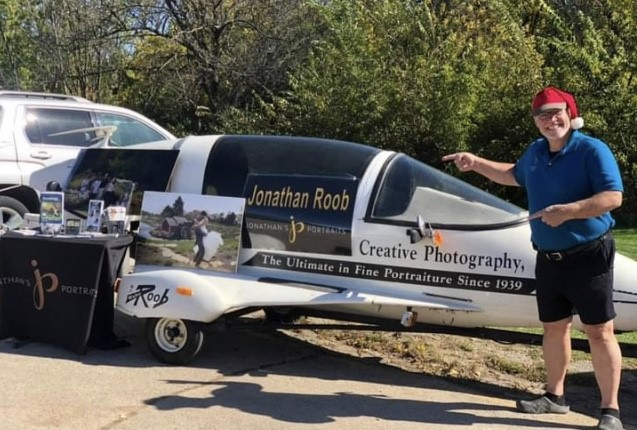 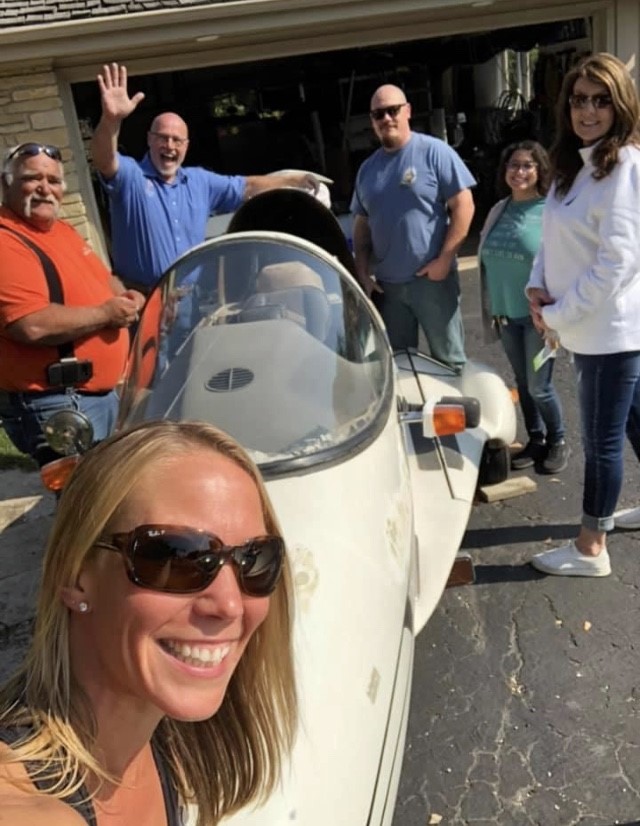 #319 was used as the promotional vehicle for Coors Light, ‘The Silver Bullet’.

Then it lived as a billboard vehicle for a local restaurant called Augie’s in Muskego, WI until 1993.

Walter J. Roob, professional photographer, purchased it in 1993 to continue as a promotional vehicle for his photography business. He pulled it behind his 1972 Excalibur in all of the parades throughout Wisconsin until 2006.

Showcasing many Miss America & Miss Wisconsin women, as well as bundle of grandkids & friends in each parade.

From the photos it appears, to lighten the Pulse for towing, Walter removed the front wheel and engine and mounted it on a trailer.

In 2020, Aaron give it to Jonathan Roob, who continues the family photography business as Jonathans Portraits of Brookfield, Wisconsin.