Owned by Brian Hrycko of Pennsylvania

This Pulse was completely disassembled by 2007. Has good glass windshield and Yamaha engine. Frame is cut in half.

Doug Minert had been restoring it before Brian bought it to either re-power with electric 144v system or a water cooled Harley 750.

Chassis been stripped and repainted, body primed. It’s got a new tinted canopy/windscreen from Phil Martin and a new dash, glareshield and aircraft tail from Doug Minert. Original engine removed. 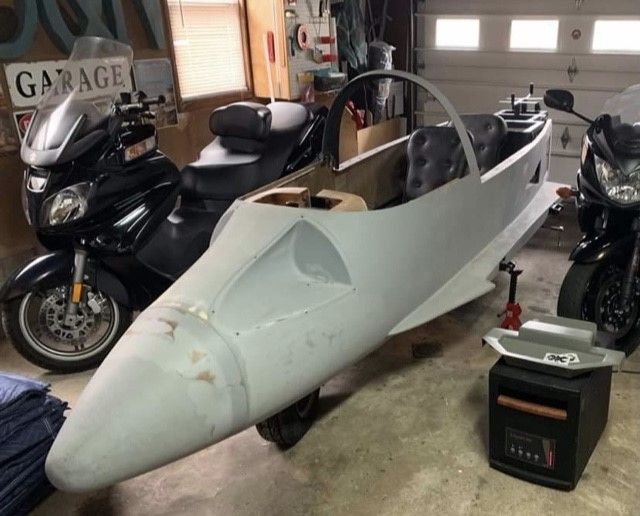 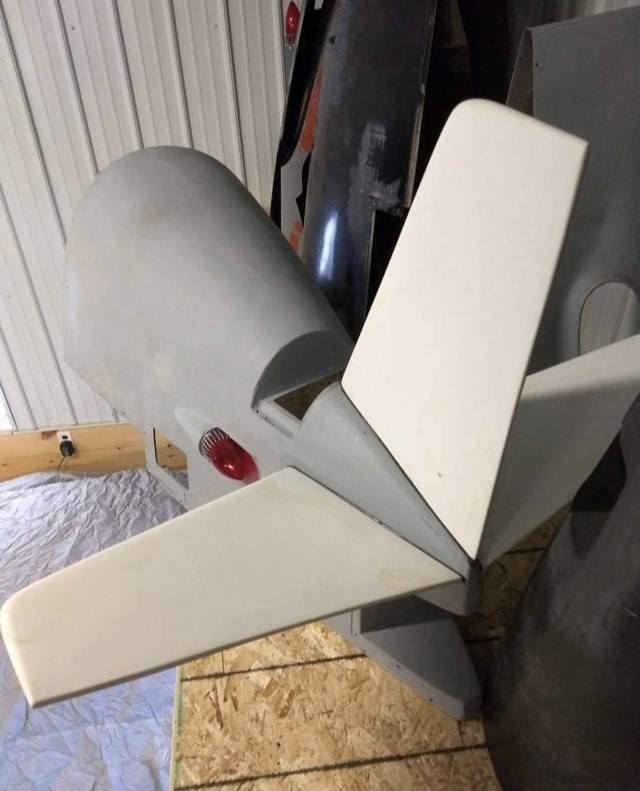 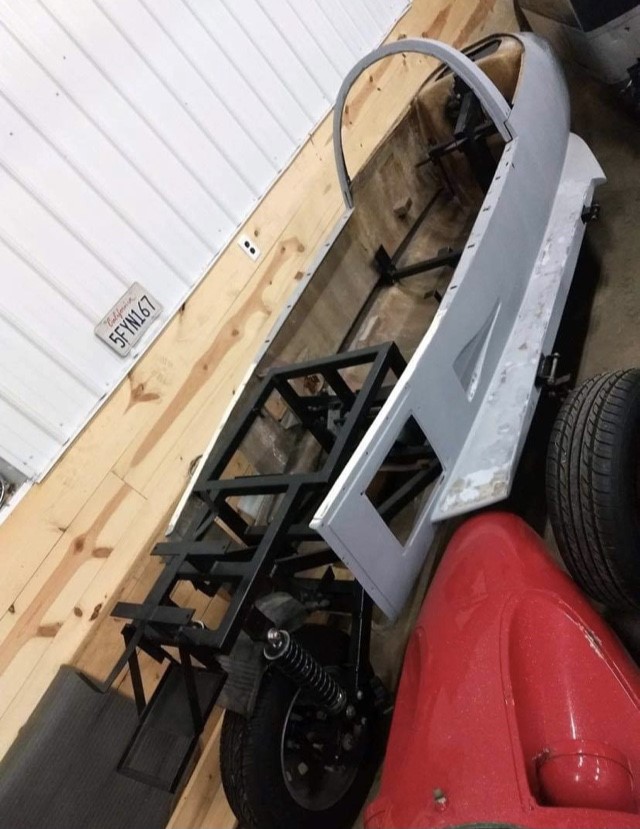 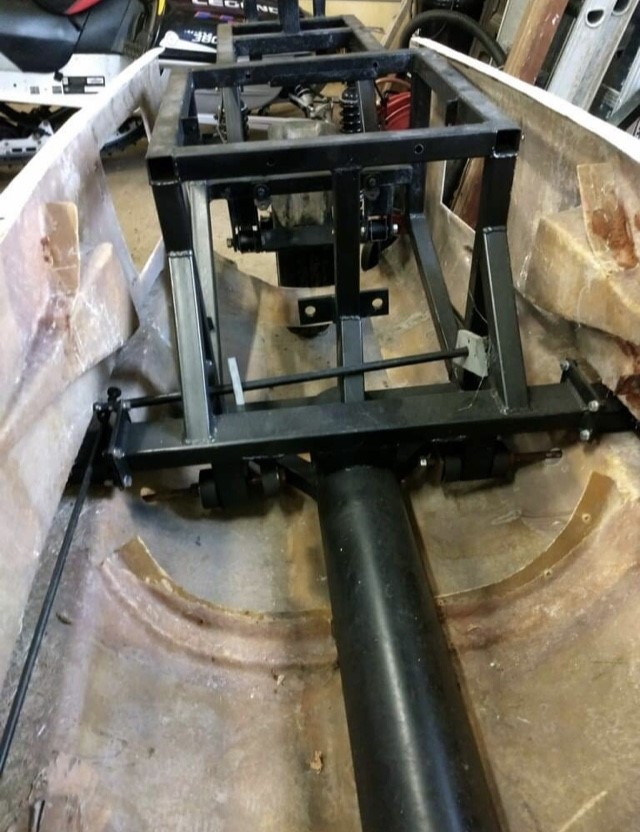 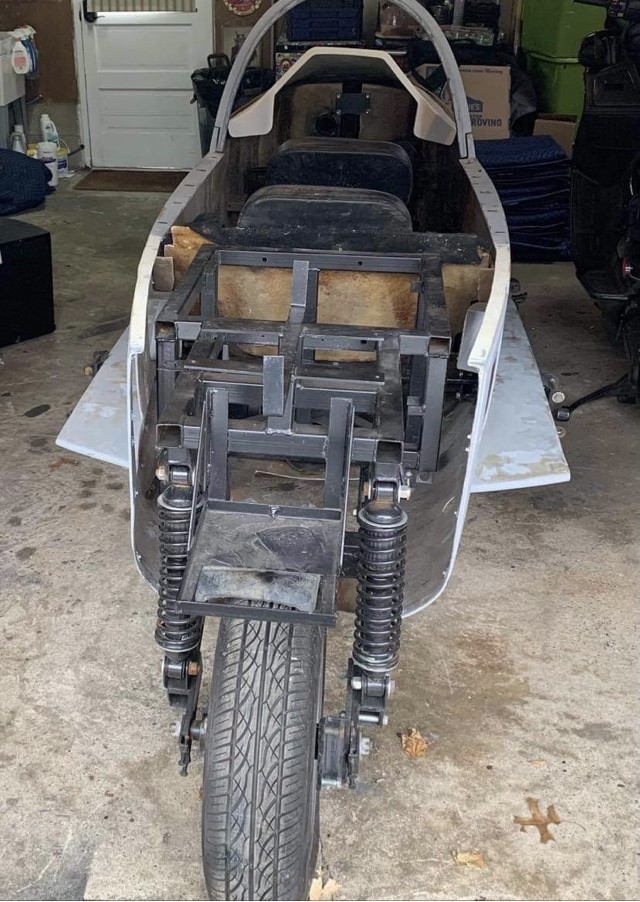