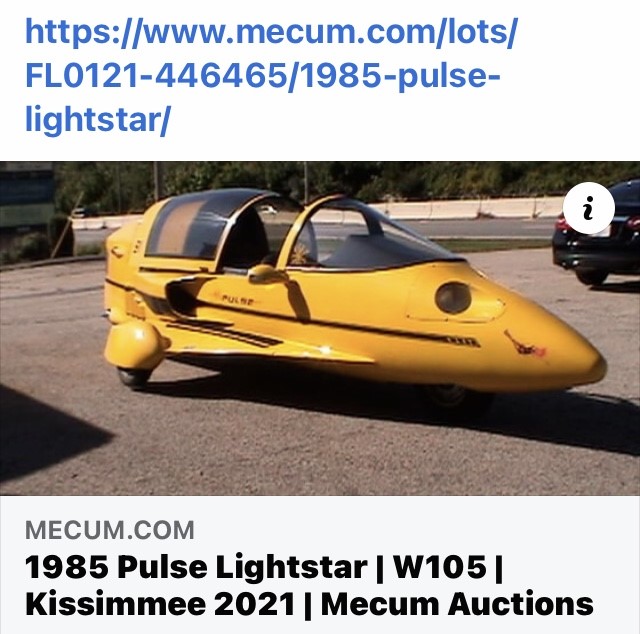 Restored by Chris Page of Texas 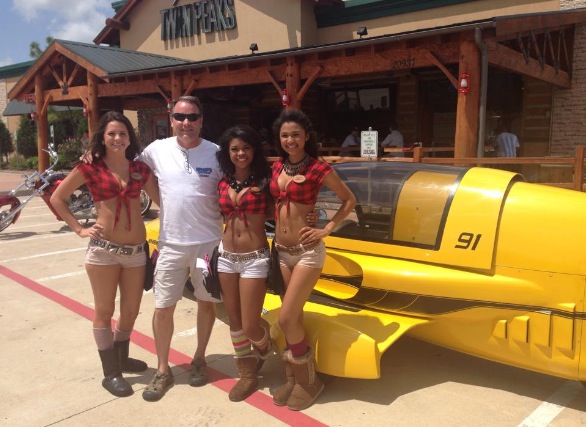 About 12" stretch of the body and frame to accommodate the new engine.

These are photos of the restoration of Pulse #91 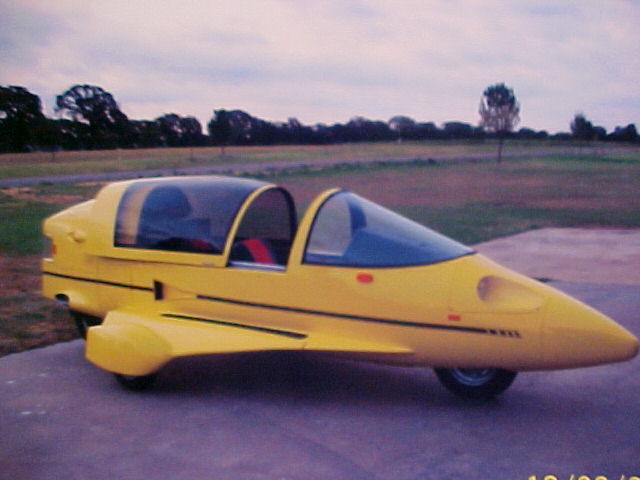 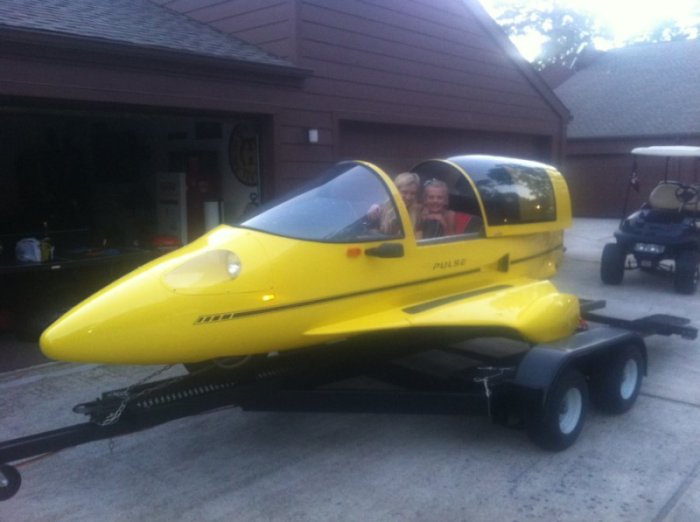 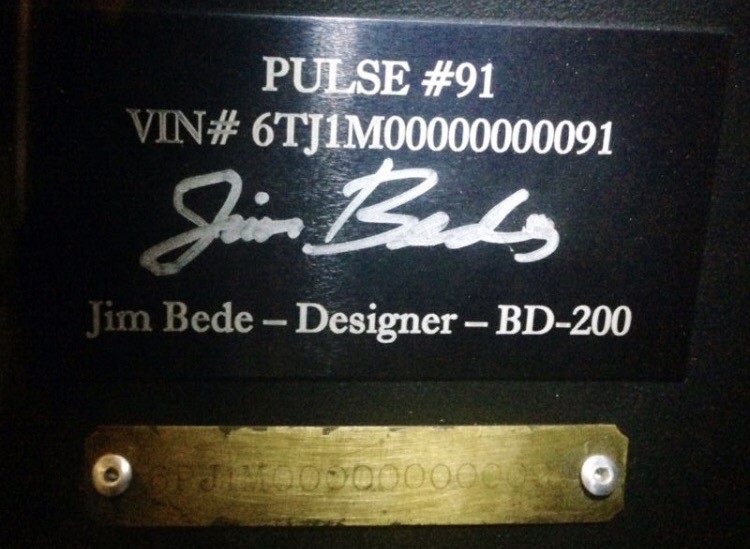 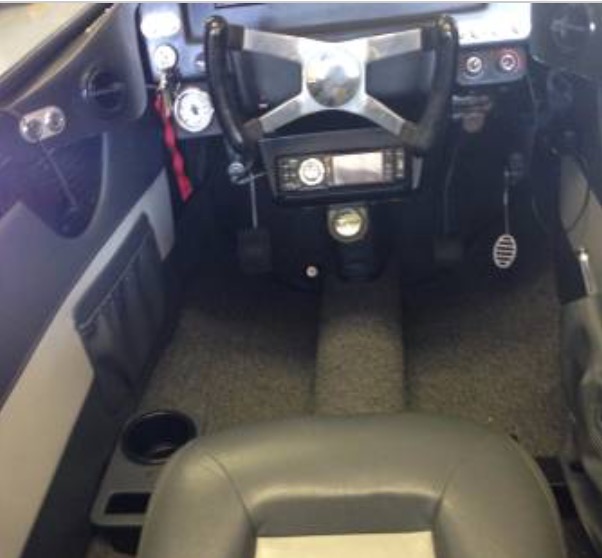 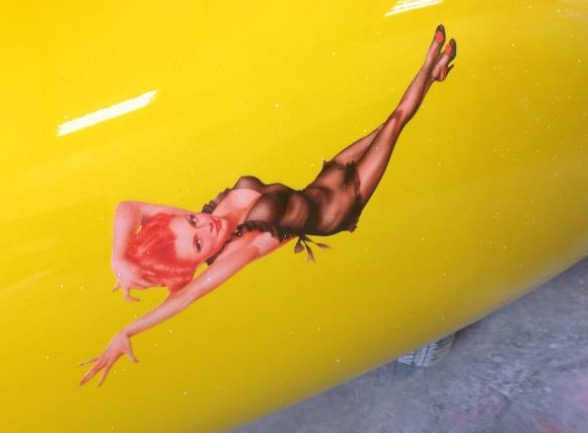 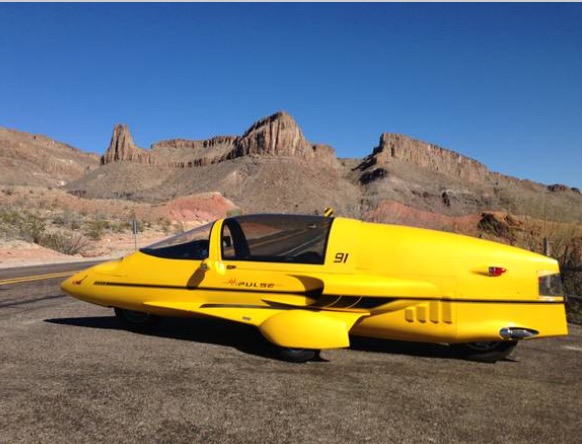 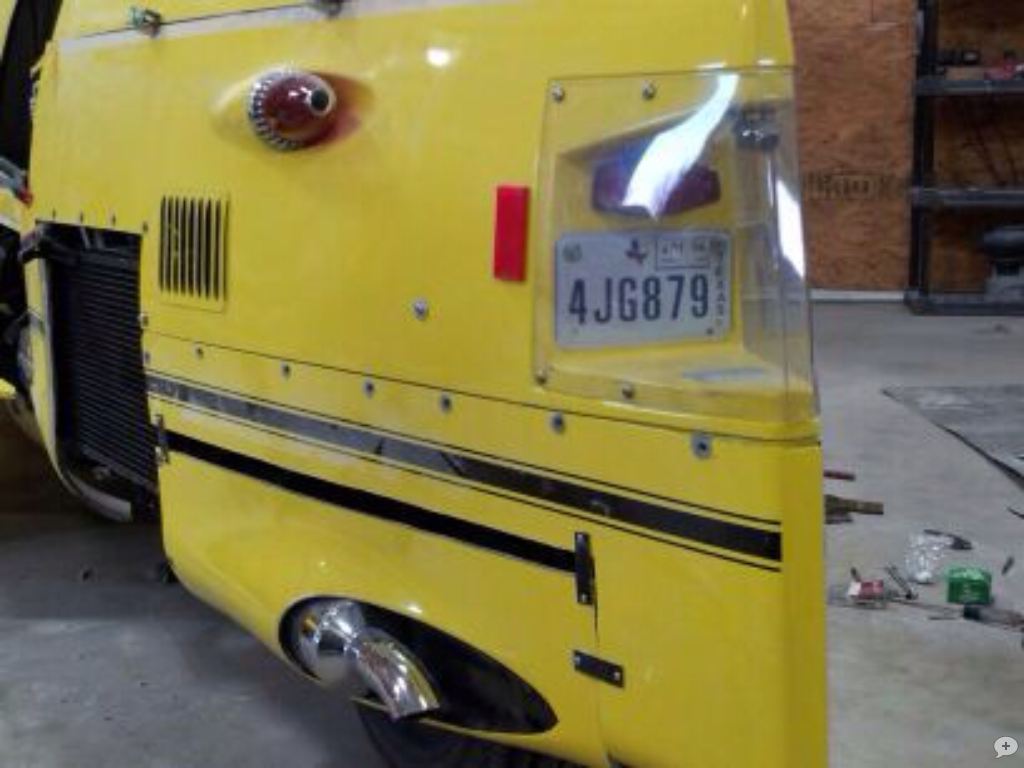 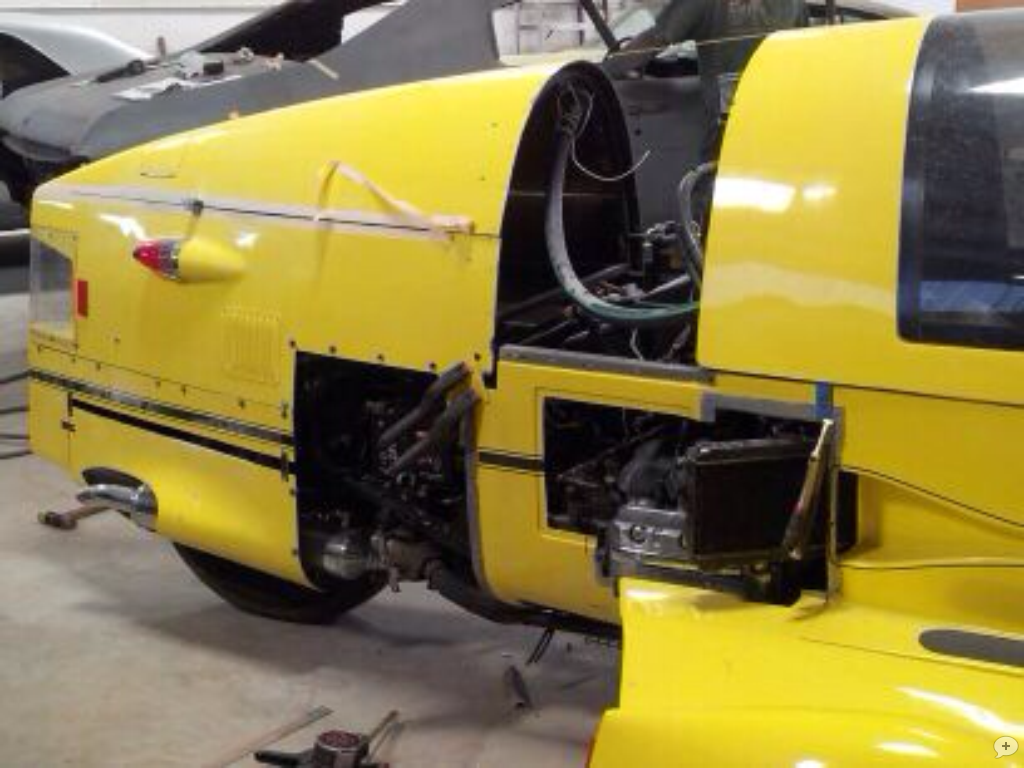 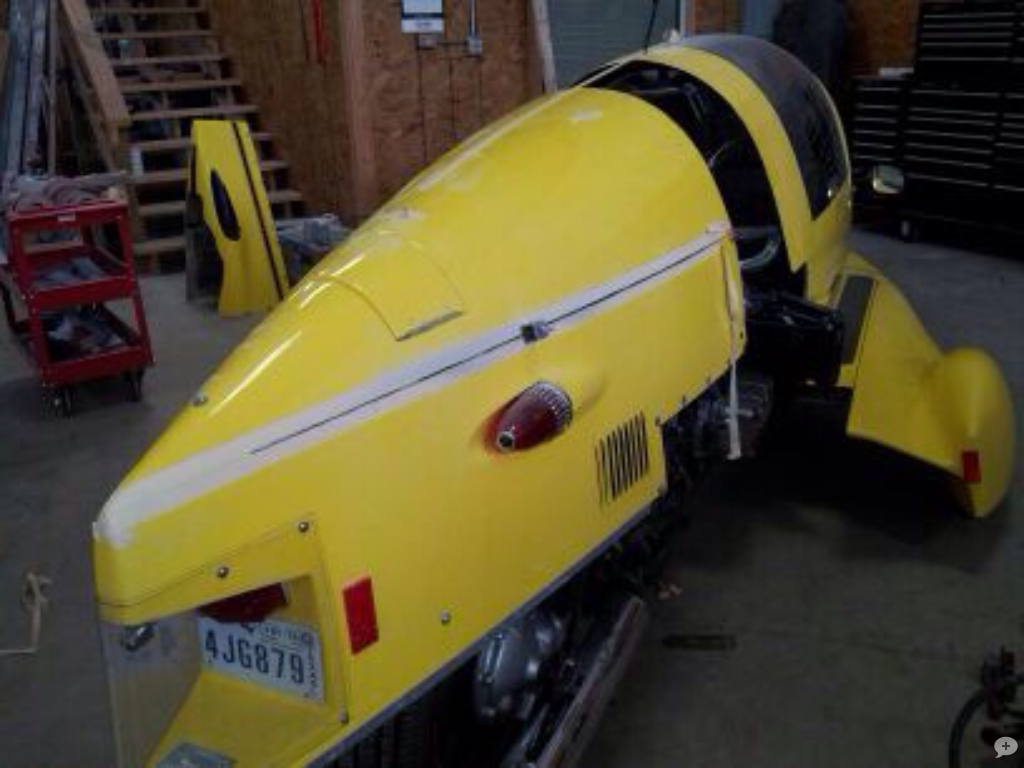 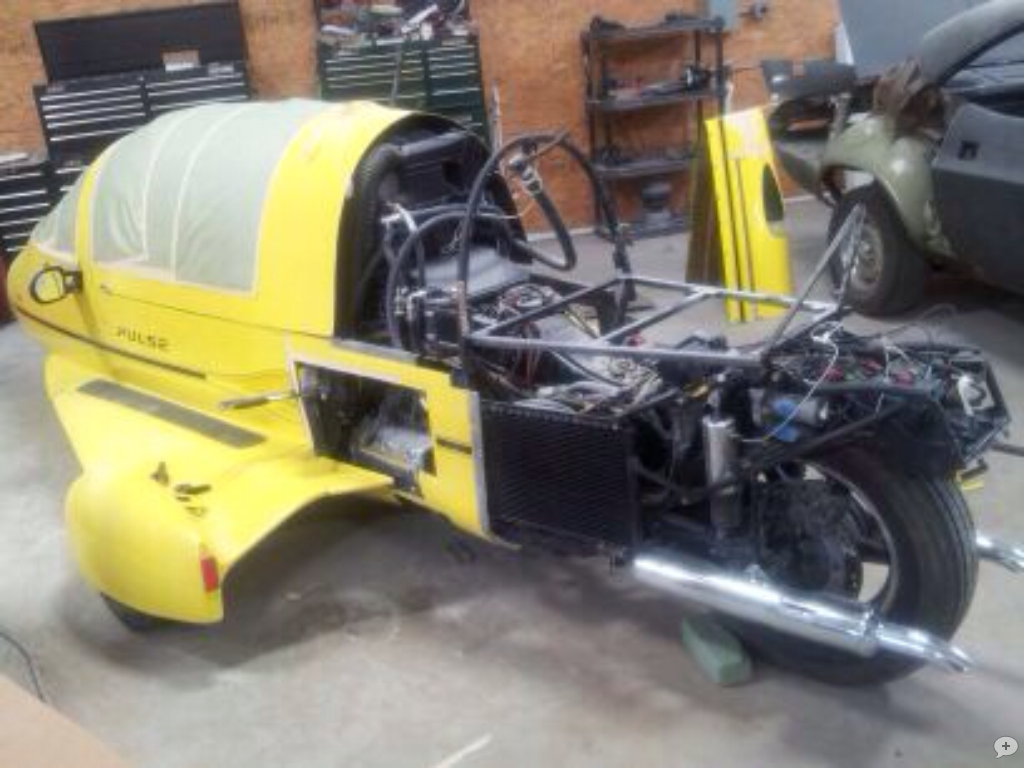 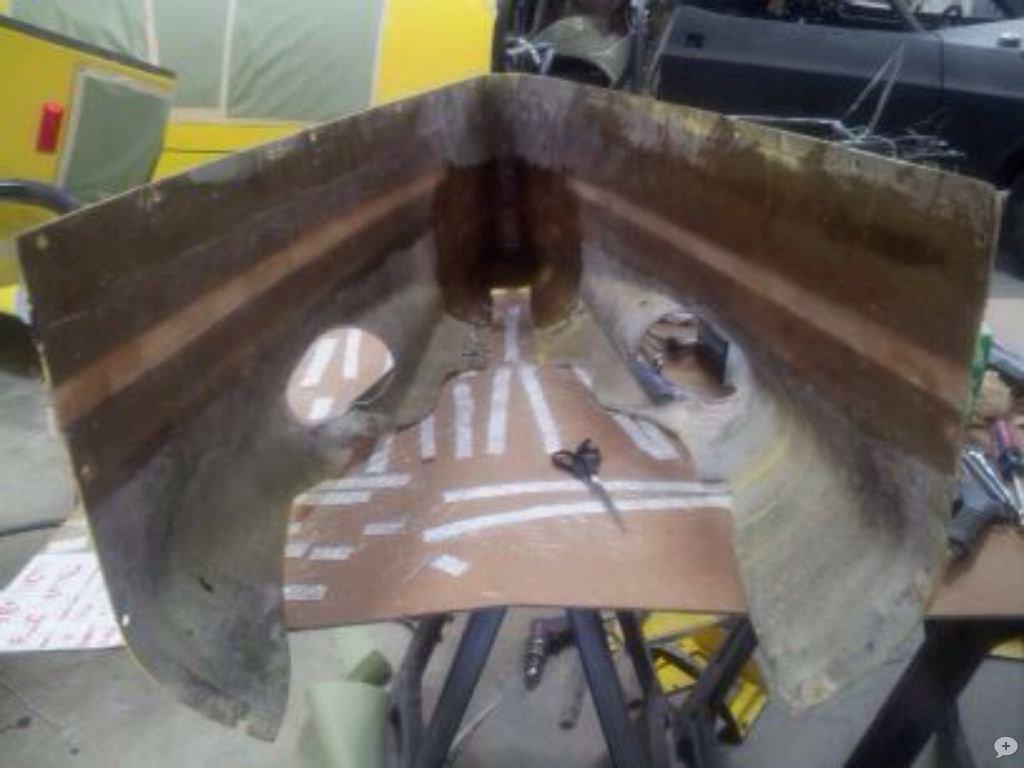 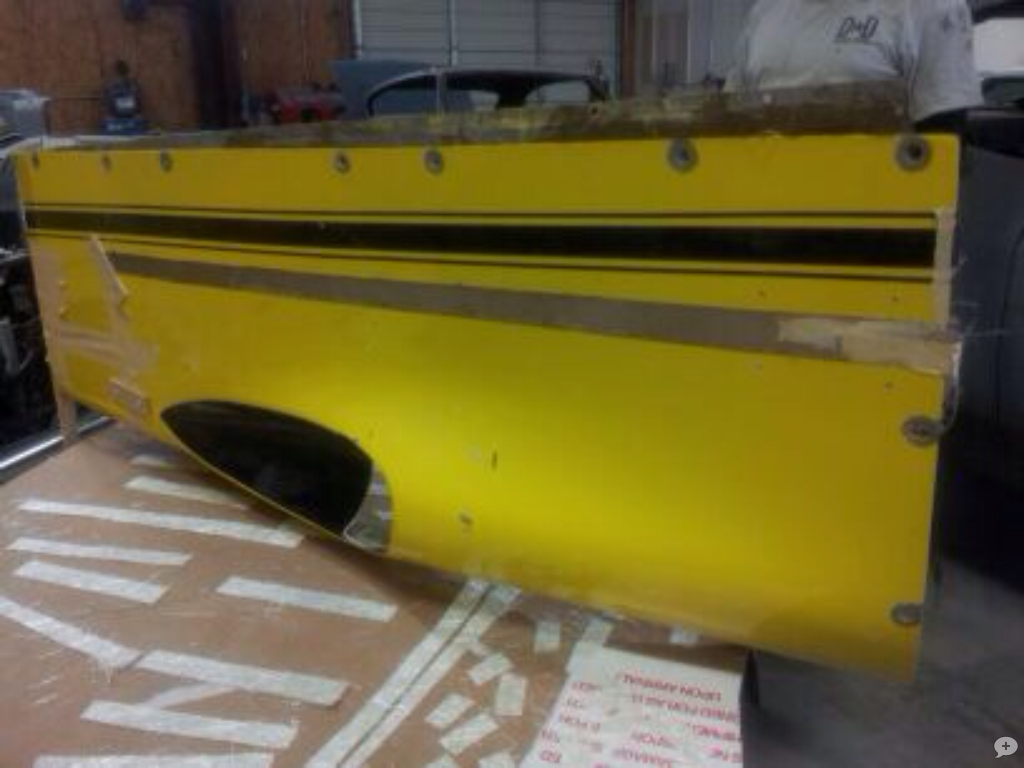 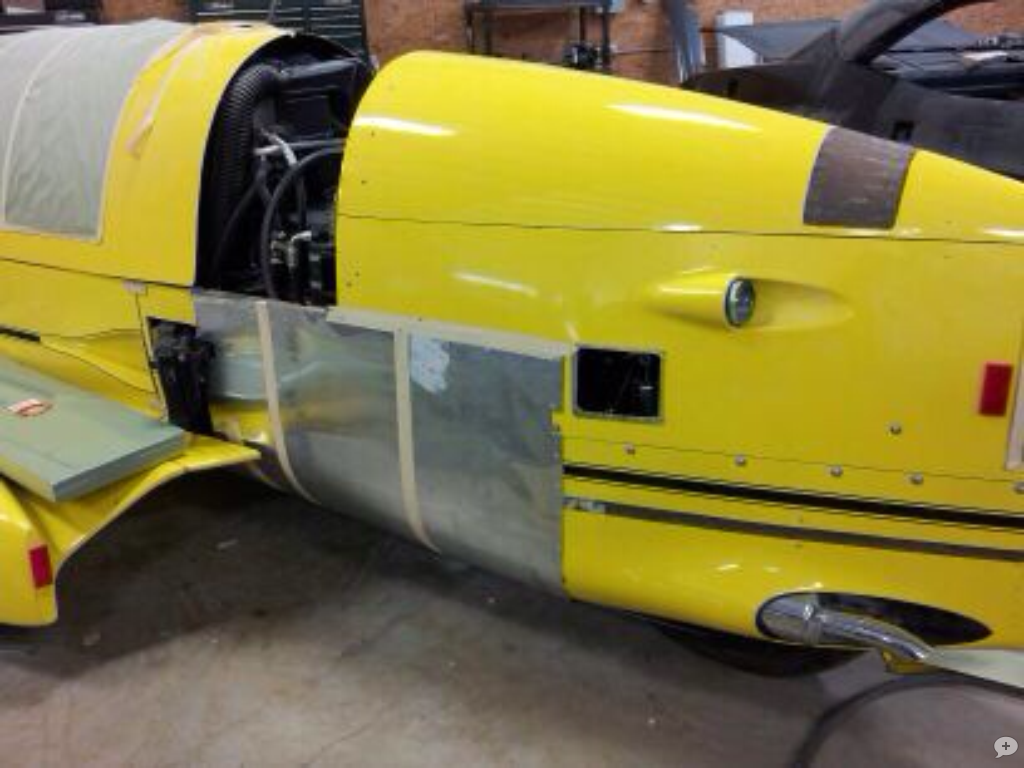 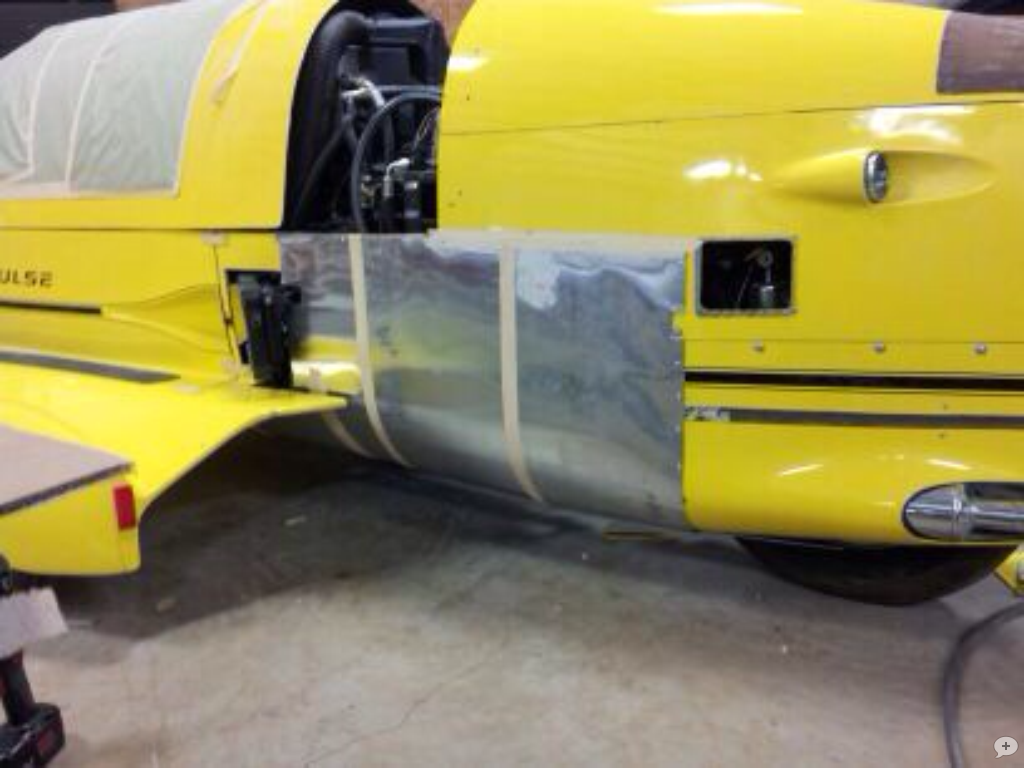 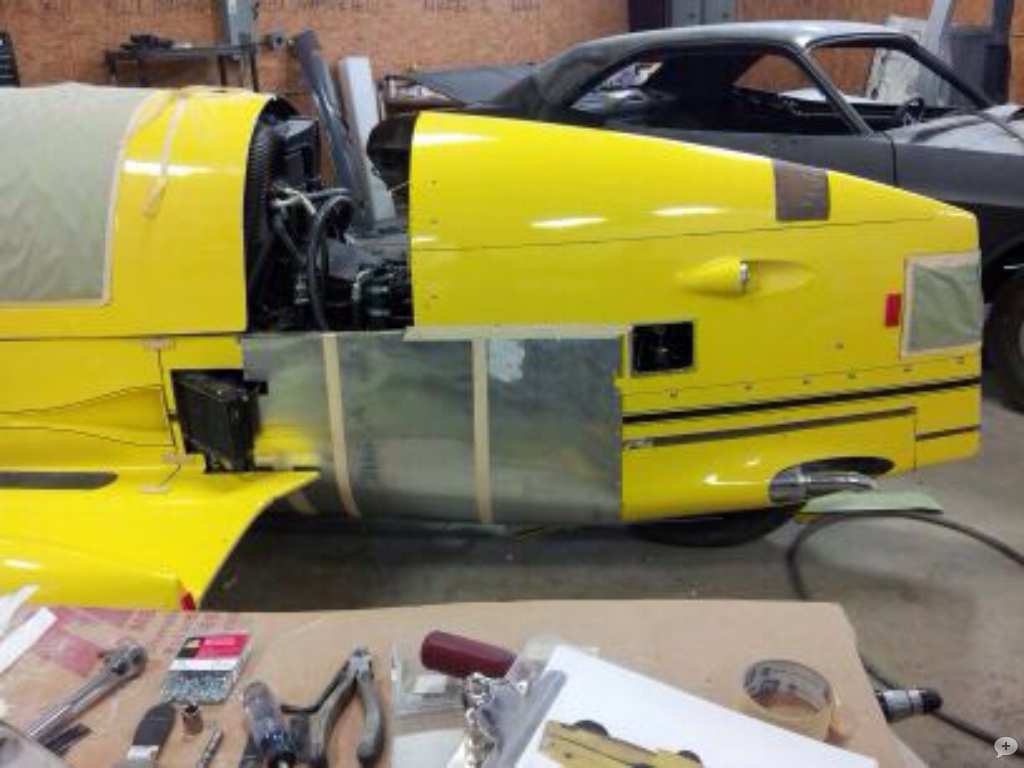 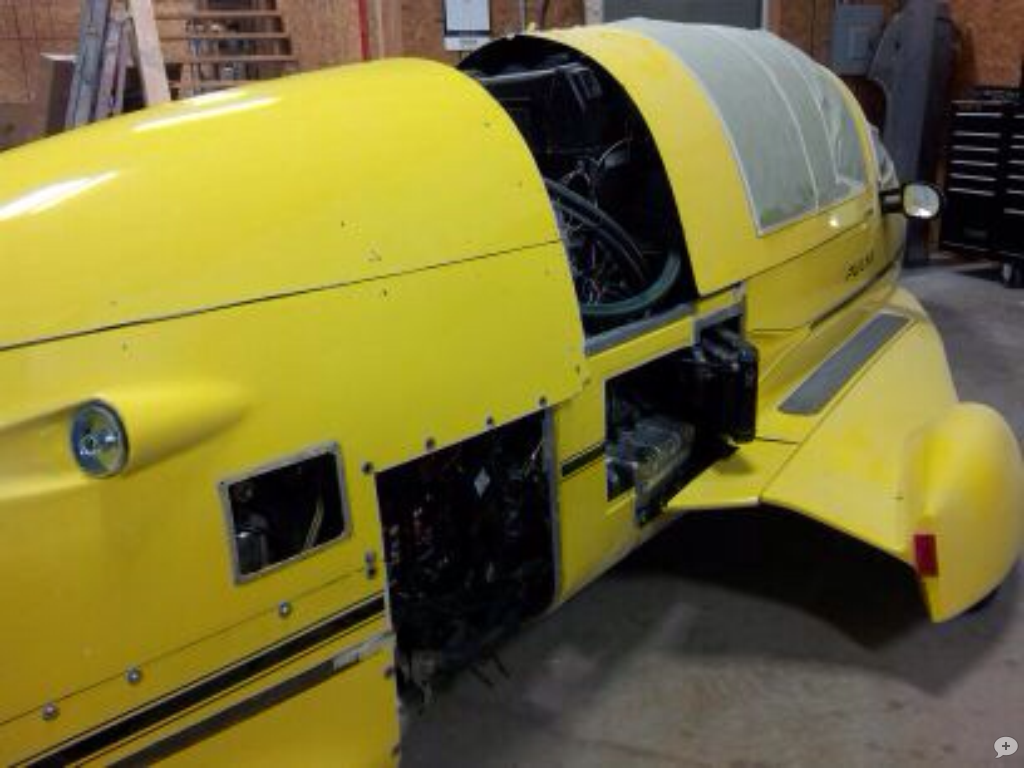 Owned today by Chris Page of Pearland, TX. Chris bought #91 from Don Hackney of Canton, TX in Sept. of 2011. Don purchased #91 in July of 2008. It was converted to electric and has the original canopy drawer slides and butterfly steering wheel.

Pulse #91 was originally built with a Yamaha 400cc engine and chain drive.

I bought Pulse #91 in October of 2011 and set out to transform it into my vision of what you see in the photos here. Be sure to click on the GALLERY to see all the photos.

This was a long project to complete and I'll try and list all of the upgrades / modifications that have been done.

All custom fabrication was engineered and completed by Kevin's Auto Restoration in Magnolia, TX.

A 1993 Honda Goldwing 1500cc Aspencade with reverse was the donor bike (42,000 miles) to power the Pulse. Before the Goldwing was stripped down and fabricated to the Pulse, all fluids were flushed and replaced, the timing belts were changed, the spark plugs were changed, the fuel filter was changed, new rear brake pads, new rear tire (rated for 100k miles), new front tire on the pulse, new outrigger tires.

The Goldwing was stripped and custom fabricated with a custom steel plate that bolts to the rear frame of the Pulse behind the rear passenger seat / firewall. Custom wiring harness (all wiring connectors - Delphi weather pack) added to extend the Goldwing electrical system to the cockpit of the Pulse allowing use of the goldwing instrument cluster and controls. The wiring harness was designed with an extra foot of cable to allow the goldwing to be unbolted from the Pulse frame and roll it back without separating the wiring connections should you ever need to do maintenance on the front of the engine. The wiring harness contains over 800 feet of wire!

The Goldwing rear brake system was integrated with the front brakes of the Pulse providing plenty of stopping power. The reverse gear system of the goldwing was integrated into the cockpit of the Pulse. To activate reverse, you pull up a chrome lever that locks in place while the goldwing is in neutral and running then push the ignition switch and it reverses the Pulse using the same reverse system from the goldwing.

It actually uses the starter motor and moves the Pulse back very slowly. It works great though and is a heck of a lot better than getting out to push. The Goldwing shifter is integrated into the Pulse cockpit and you shift using a foot clutch (like in a car) and a gear shift knob on the right side of the driver. The Goldwing throttle is operated by an accelerator pedal integrated with a cable system back to the bike.

The front and rear air shocks (new separate systems) are controllable from the cockpit and can be adjusted while driving. The dash is custom made to house the Goldwing dash / instruments. It was also designed with custom control buttons that are engraved to denote their function. The choke from the Goldwing is integrated into the Pulse dash. A bluetooth AM/FM 4 speaker stereo is custom fitted into the dash below the steering wheel. It also plays CD's, MP3, music from your phone (pandora etc), has a video screen that will play DVD's and is connected to a backup camera to show rear view video when you're using that reverse gear.

The Pulse features a steering wheel yoke just like a real jet. The Goldwing radiators were moved to the sides of the Pulse and after market high powered electric fans with shrouds were added to help with cooling the engine. The custom scoops on each side house the radiators. Air scoops were also added to the bottom of the Pulse fuselage to direct fresh air into the rear engine compartment.

A Vintage Air© air conditioning and heat system was installed using a custom design that uses the Goldwing crankshaft to drive the system, AC blows out the vents at 40 degrees. Replica 1959 cadillac "bullet / blue tip" tail lights were custom fit to the Pulse. Aerodynamic side mirrors were custom fit with LED turn signals built in. Custom rear roll bar added to the frame.

Custom fiberglass work done by Space city paint and body in Brookshire, TX. The side panels were custom fabricated with new functional air scoops. A luggage compartment door was customized into the right rear side of the fuselage. The door is lockable and was built with an arm that will lock in place when the door is up.

The fuel and radiator fills are accessed through the luggage door. The floor of the luggage compartment is removable to allow access to the goldwing for maintenance (battery, fuse box, etc.) The fuse box was relocated from the side of the Goldwing to the top under the luggage area allowing easier access. Super bright "Hyper-Lite" LED tail lights/ brake lights added to allow daylight viewing. Brake lights flash 4 times quickly and then stay on to alert drivers behind you. New "Lamborghini" yellow paint with a hint of metal flake. Black striping that is true to the original Pulse scheme but also a "custom" flair on the scoops. Pulse original logo, no step emblems, jet fuel only emblem, 91 number on canopy, aircraft style pinup art on the nose and the same pinup girl on the gear shifter. 4 coats of "lizard skin" insulation sprayed on the interior of the fuselage to insulate both the elements and sound. All new interior. Leather seats, matching custom side interior with Pulse logo embroidered. Custom cup holders front and back. Custom change / phone holder front and back. Aircraft style elastic top pocket on the left side of the driver area. Custom carpet / floor mats. Original real glass windshield. New chrome on canopy slide rails. Front wheel powder coated. Aaaoooga horn.

Original VIN tag on dashboard. Also a custom signature plate that has the VIN # along with engraving that says Jim Bede Designer, with Jim Bede's actual signature on the plate. Pulse #91 is one of a kind and a real head turner. Everywhere you go people go crazy trying to take your picture and ask about the Pulse. I've had a lot of fun with this project but it's time to move on to the next one.