In 1983, Dave Schroeder and Brad Johnson were very early Litestar Dealers in Grain Valley, MO and their territory was listed as several surrounding counties.

David Schroeder purchased Owosso Litestar #011 in the Spring of 1985. 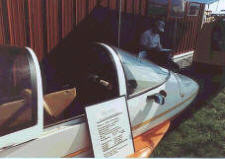 Luke Chaplin took this photo of the "Starship" prototype at the Warp Five Engineering booth at Import Carlisle. After considerable prodding, they admitted that it was simply a Litestar with their name on it.

They said that they were going into production and had three vehicles of their "new design" under construction. The improvements that they claimed were: the canopy would flip back "just like a real airplane", the back end would be flat with a radiator in it for a goldwing water cooled engine (considerably more power of course), and it would have "active tilt control" (not sure what that was or how it would work).

According to Dave Bauer:

I spoke to Dave Schroeder in the 1990's. I had him make a glass windhield for my Pulse. He told me that the white and orange car in his adds was actually a Litestar, He started producing one Starship based loosely on the Pulse with improvements, but his buyer fell through and he never completed the Starship.

One interesting thing he produced was a rear body that gave him enough room to install a rear facing radiator and A/C condensor below his tail light.

If you have more info on this Kit
please contact the Webmaster. 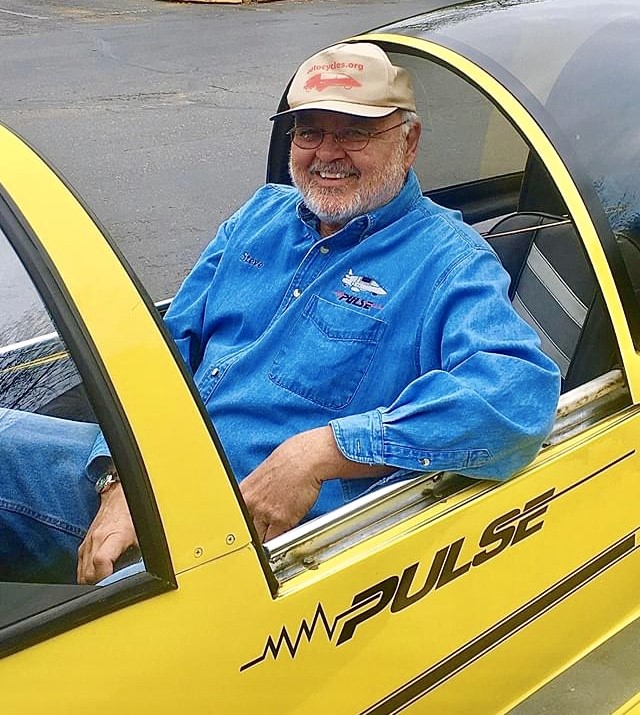 Last Update: 10-20-20......
This is a personal website and is not affiliated with the designer, manufacturer or any company officials/employees.